In the run-up to International Women's Day we are thrilled to announce that Maria Montessori was named one of the 100 Women of the Year, in TIME’s list of the most influential women of the past century. The cover was inspired by the February issue of 1930. Back then, 90 years ago, TIME chose a similar cover to honour Maria Montessori. 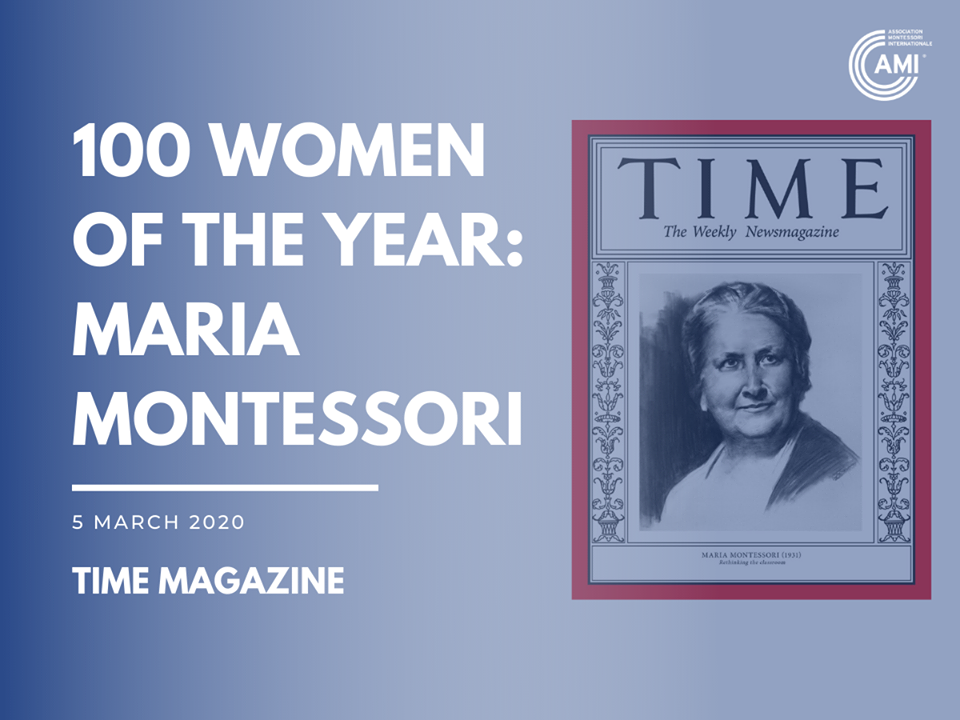