In the mysterious period which follows immediately after birth, the child -who is a psychic entity endowed with a specially refined form of sensitiveness - might be regarded as an ego asleep. But all of a sudden he wakes up and hears delicious music; all his fibers begin to vibrate. The baby might think that no other sound had ever reached his ears, but really it was because his soul was not responsive to other sounds. Only human speech had any power to stir him. 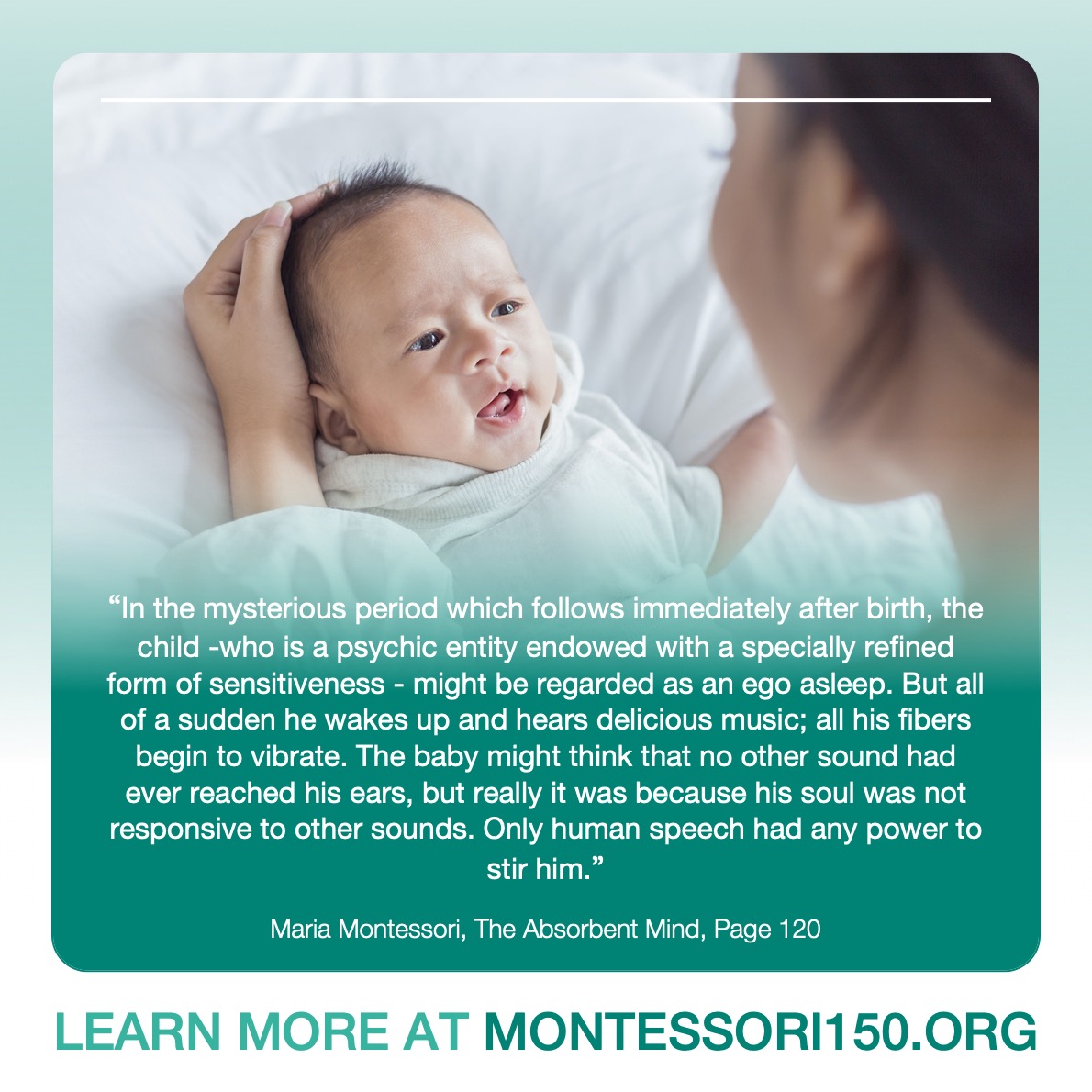