There are many who hold, as I do, that the most important period of life is not the age of university studies, but the first one, the period from birth to the age of six. For that is the time when man's intelligence itself, his greatest implement, is being formed. But not only his intelligence; the full totality of his psychic powers. 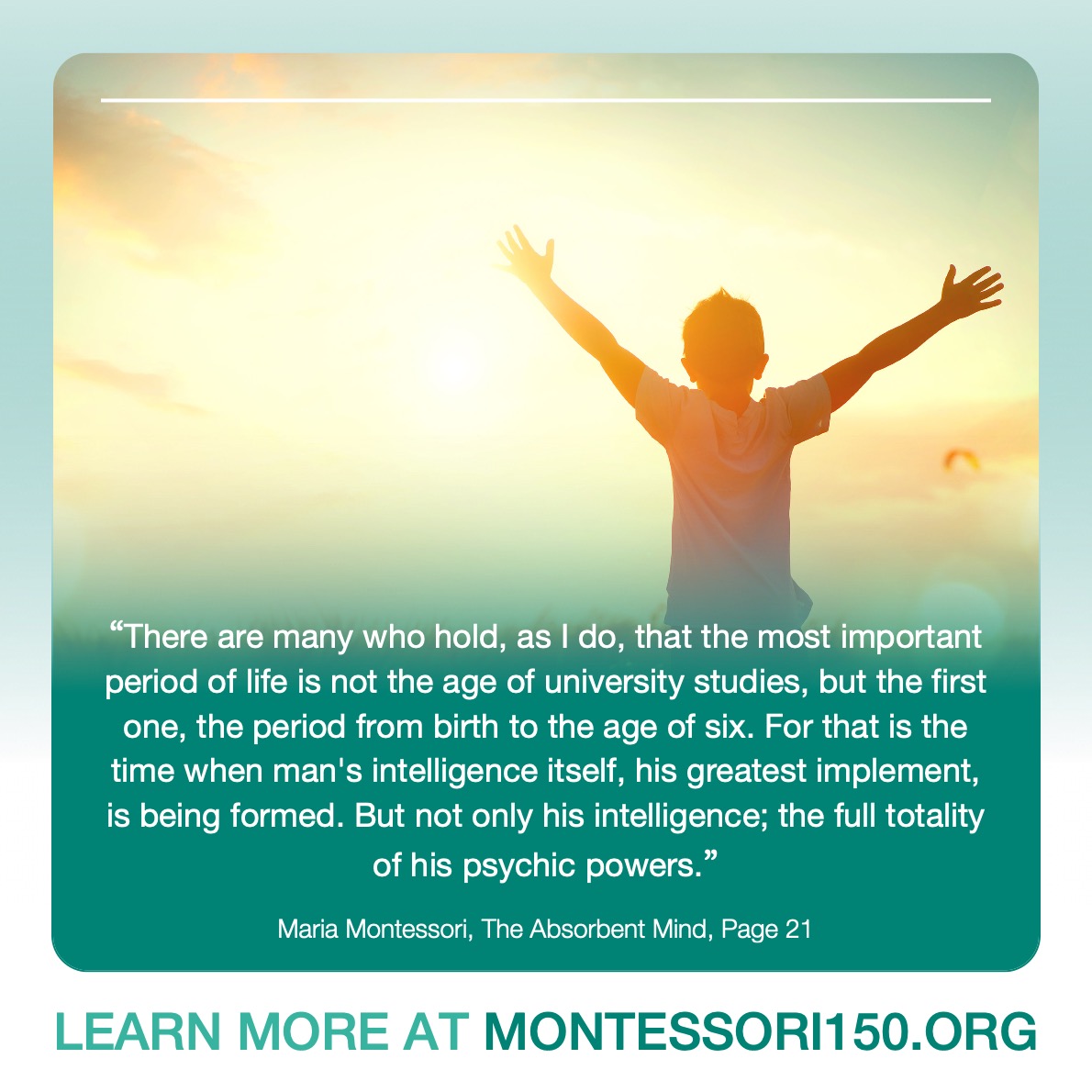