We had seen that nature prepares indirectly the embryo; she issues no orders until the organs have been prepared for obedience. Character can be built only in the same way. Nothing is gained by mere imitation or forced obedience; there must be inner preparation by which obedience becomes possible, and such preparation is indirect. Very clearly stands out the necessity for a prepared environment for children, and freedom wherein the soul can expand its powers. 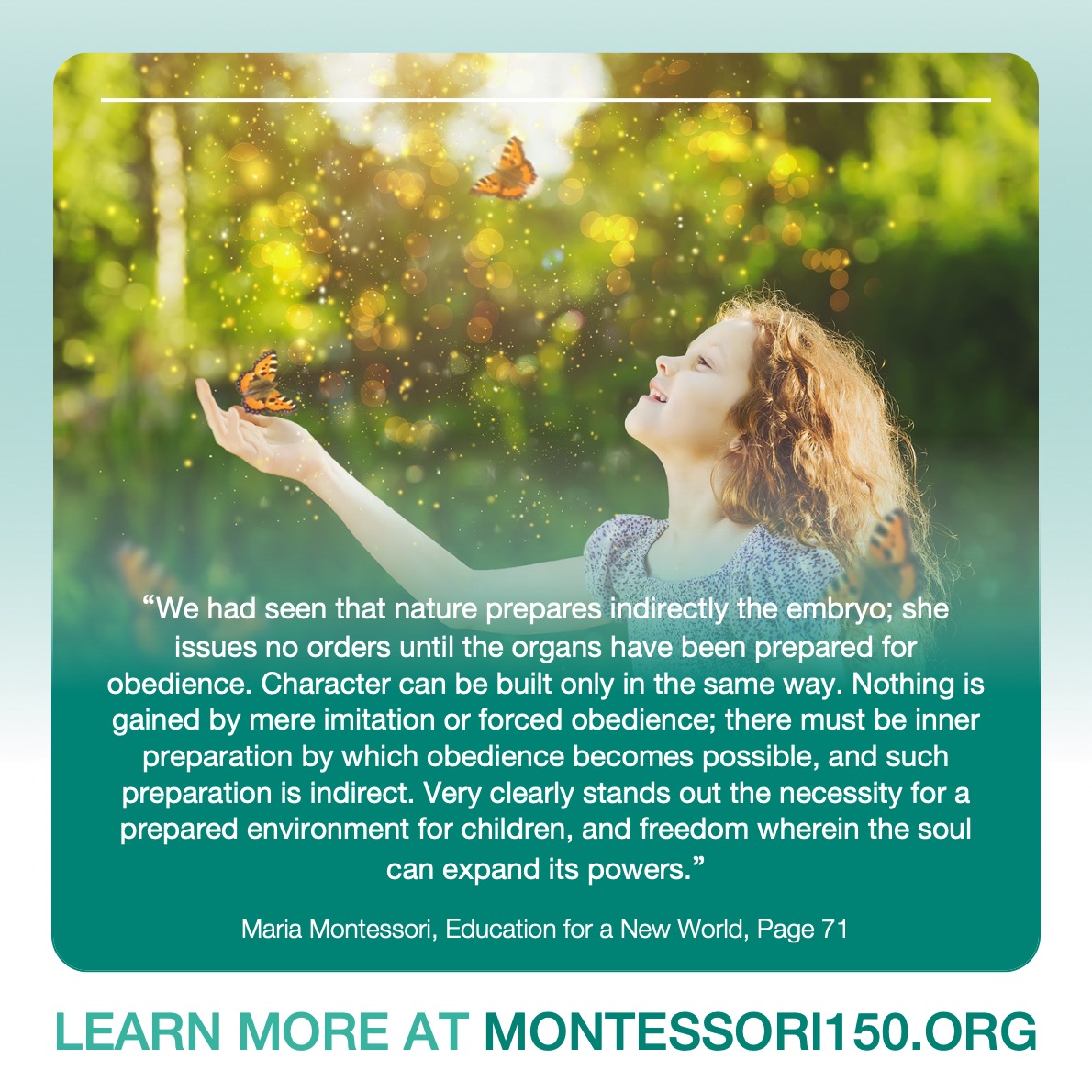