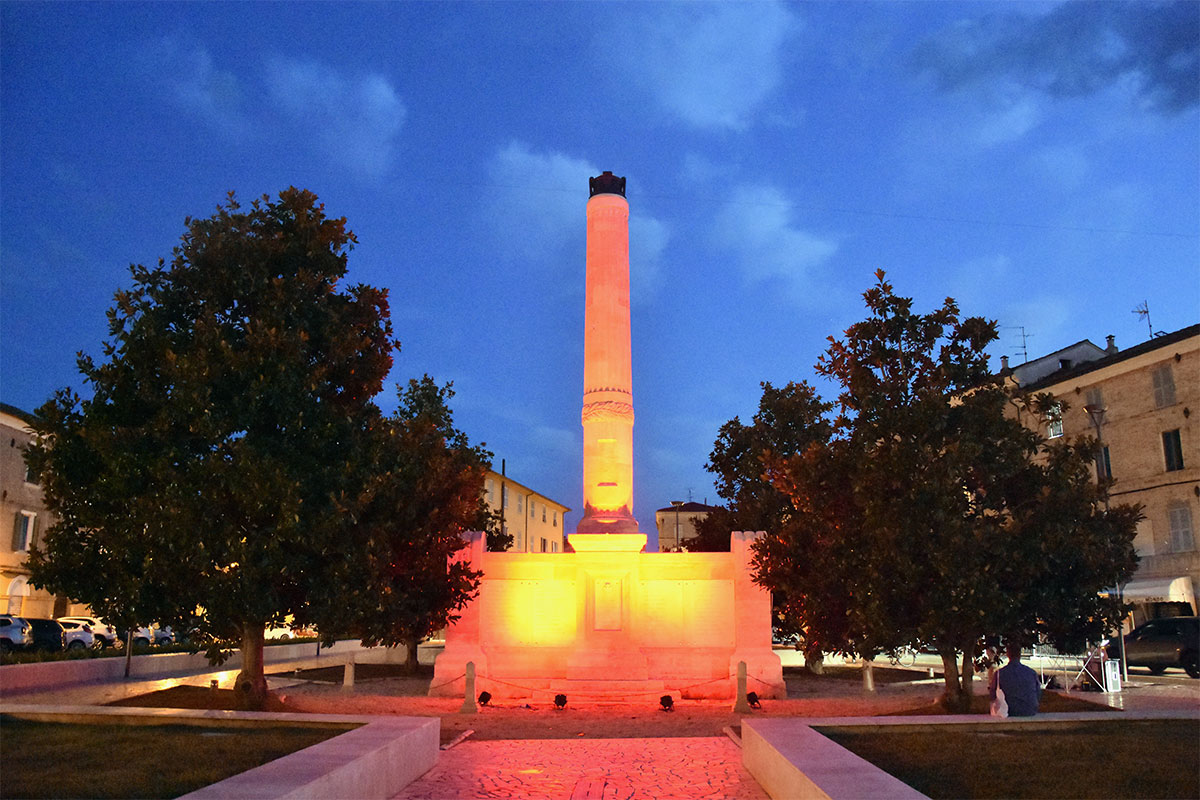 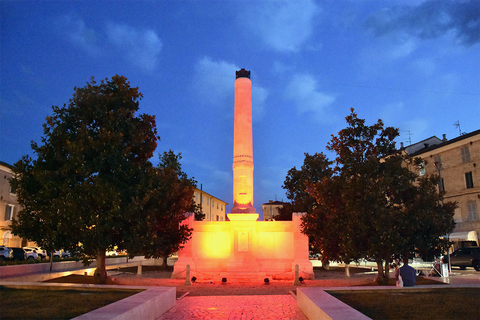 Chiaravalle lights up the evening in celebration!

The first photo is a monument situated on the piazza Mazzini, where Maria Montessori was born. It will be lit in a different colour each night: red on 30 August, orange on 31 August, yellow on 1 September, green on 2 September, blue on 3 September, indigo on 4 September, purple on 5 September and white (sum of all colors) on 6 September. The meaning of this polychromic approach is explained by the rainbow as a symbol of peace, of which Maria Montessori was an advocate and ambassador.

The second photo shows a photograph of Maria Montessori on her last visit to Chiaravalle, projected onto the Casa Natale.  It is a very nice group photograph that includes the mayor of Chiaravalle at the time.

We would like to thank Francesco Favi, the councillor of Chiaravalle, for taking these beautiful photos. 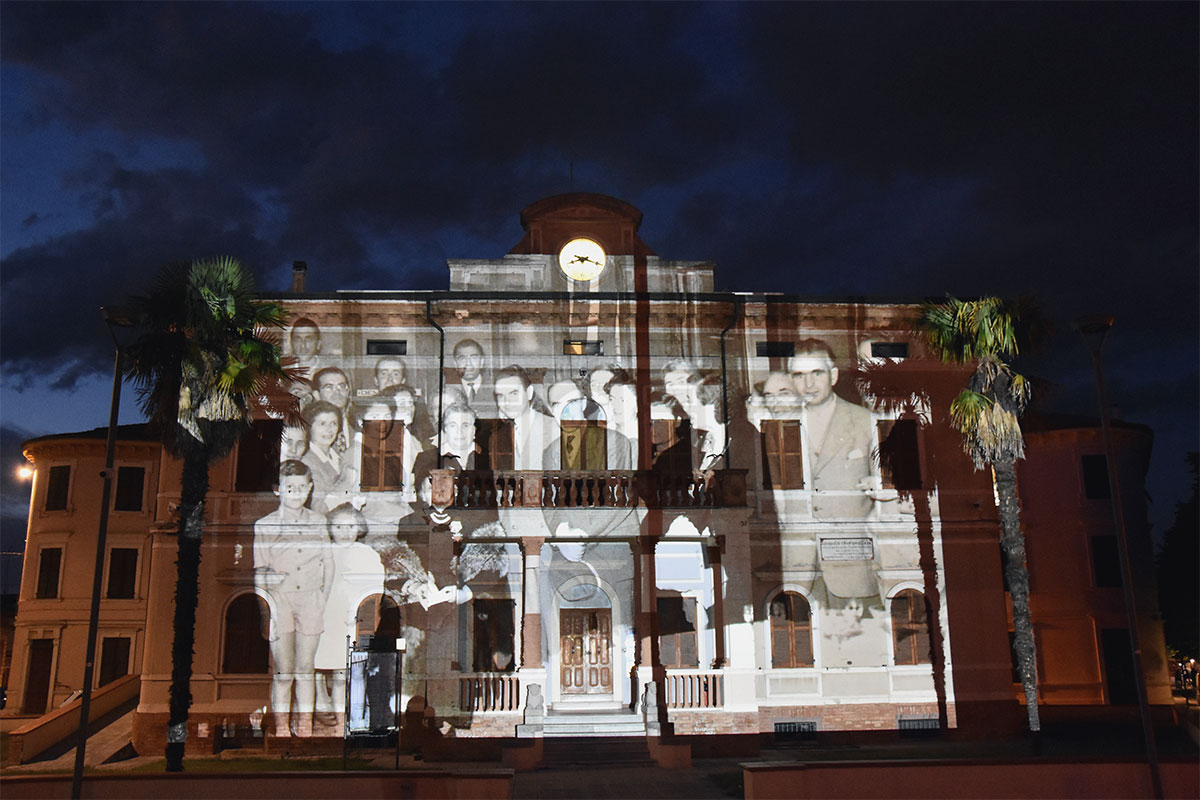