On this day 93 years ago, Buckingham Palace, London, 21 June 1927. King George and Queen Mary held a reception to which Maria Montessori had been invited. A few days later she writes about the event with excitement to her friends Giuliana Sorge and Eda Margonari who were engaged in Montessori work in Argentina at the time.

“My latest news here from London is the reception at court on 21 June: I passed before the throne of George V and the Queen [Mary] of England at 10:30 in the evening - almost dressed as a bride in a white gown and a long silver train – a crown on my head, a veil of white tulle and the three customary white feathers. It was like a wonderful dream to wander around in those magnificent rooms of Buckingham Palace where I saw princes, rajas, and ambassadors in court dress - and to witness the King and Queen walking in style between two rows of smiling ladies, adorned with jewels. I arrived at the palace in a limousine, among dense crowds who were eager to see the ladies in court gowns, quite a spectacle. I took [my grandchildren] Marilena [8] and Mariuchino [6] with me. The public was enchanted to see them, because here children never take part in the life of adults. Marilenita looked adorable in a pale pink tulle dress and a crown of flowers on her head, and Mariuchino wore the type of ceremonial dress that English children wear: long trousers and a high-necked jacket made of pale blue silk: a silver vest trimmed with white lace.

This event is a tribute to the Montessori method in England and, therefore, the Montessorians and the students on the course were proud.”

The Morning Post of London reported on some of the gowns worn by the ladies at the reception and included the description of Maria Montessori’s dress too. The official photograph was taken by Dorothy Wilding, an English professional portrait photographer known for her portraits of the British Royal Family and for her studies of actors and celebrities which fused glamour with modernist elegance. 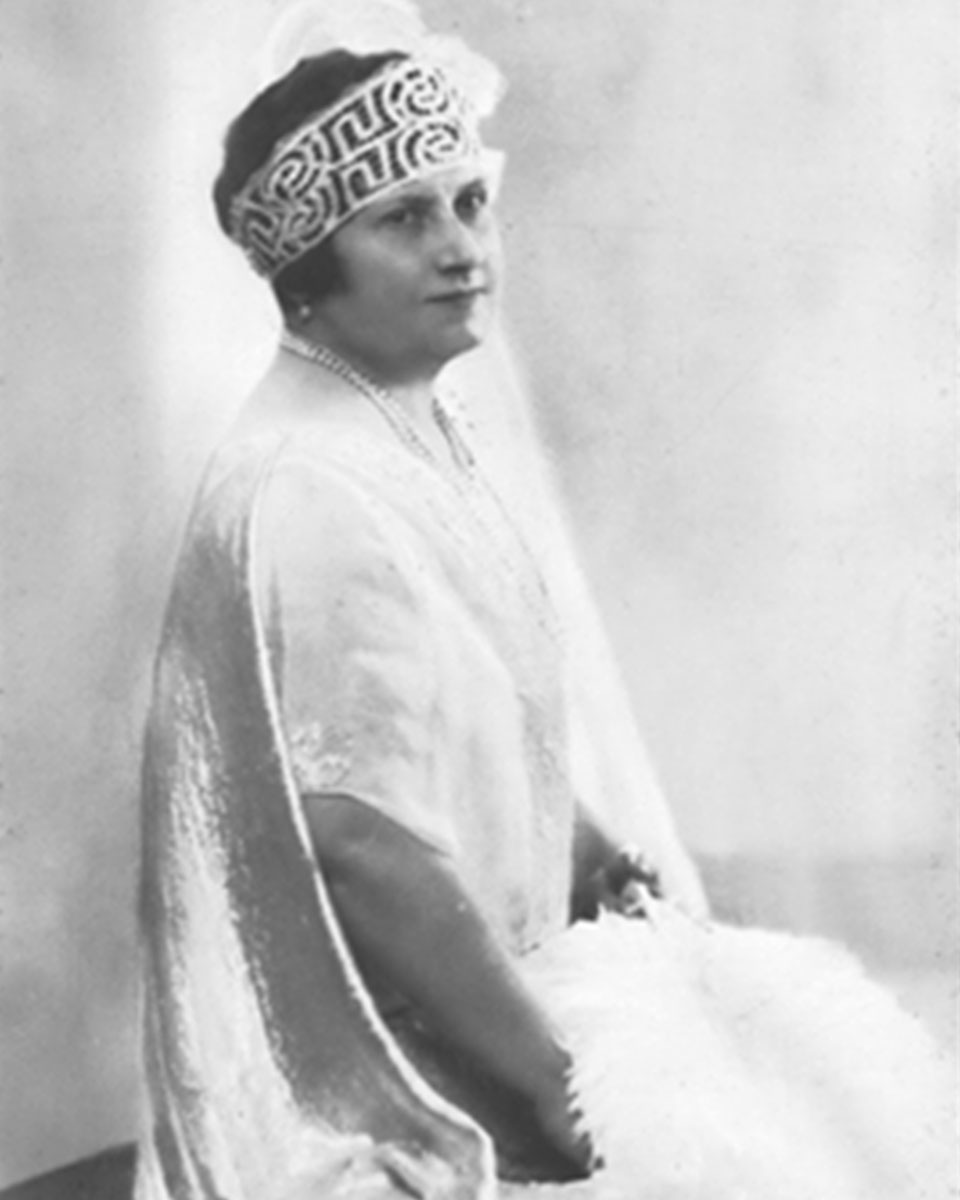