Attends a boys’ school in Rome, with a science/engineering emphasis.

Against opposition from her father, she pursues her wish to become a doctor.

Becomes one of the first women to obtain a Doctor of Medicine degree from the University of Rome.

Represents Italy at the International Women’s Congress in Berlin; delivers address on rights of working women, including equal pay for equal work.

Studies the writings of French doctors Itard and Séguin, who worked with disabled children.

Audits courses in pedagogy at the University of Rome; reads all major works in educational philosophy over the past 200 years.

Lectureship in hygiene and anthropology at the teacher training college for women in Rome.

Works at the psychiatric clinic in Rome.

Appointed director of the Orthophrenic School, a model school for training teachers of children with developmental disabilities. For two years, she experiments at the model school with materials to stimulate the senses. She succeeds in fostering the development of some of the children to such an extent that they achieve the same results on state exams as typically developing schoolchildren.

Begins a second degree—in education, experimental psychology, and anthropology—at the University of Rome. Visits elementary schools to do anthropological research.

Lectures in anthropology and biology at the University of Rome’s school of education, incorporating her clinical observations of pupils in Rome’s elementary schools. These lectures become the basis of her book Pedagogical Anthropology (1910).

First Children’s House (Casa dei Bambini) is opened at 53 Via dei Marsi in the San Lorenzo district of Rome on the Feast of the Epiphany, January 6.

The Children’s House on Via Solari in Milan, run by Anna Maria Maccheroni, is opened.

Gives the first training course in her method to about 100 students in Città di Castello. There, she writes, in the space of a month, her first book, Il Metodo della Pedagogia Scientifica applicato all’educazione infantile nelle Case dei Bambini. In the years to follow, this book is translated into over 20 languages. The English edition is titled The Montessori Method.

Two parallel teacher training courses are held in the Franciscan convent on Via Giusti in Rome, where there is a model Children’s House.

Resigns her teaching post at the University of Rome and gives up her private medical practice to concentrate entirely on education.

The Montessori method is already being put into practice in English and Argentinean schools and is beginning to be introduced into Italian and Swiss primary schools.

Model schools set up in Paris, New York, and Boston.

The English version of Il Metodo appears in the U.S. in an edition of 5,000 copies under the title The Montessori Method. Within a few days, it is sold out. It reaches second place on the year’s list of nonfiction bestsellers.

Runs the First International Training Course in her apartment in Rome, under the patronage of Italy's Queen Margherita. Students come from Italy and other European countries, Australia, South Africa, India, China, the Philippines, the United States, and Canada.

First trip to the United States.

At the Panama-Pacific International Exposition in San Francisco, a Montessori class works in a glass pavilion observed by visitors.

Dr Montessori’s NEA lectures are published in New York: My System of Education, The Organization of Intellectual Work in School, Education in Relation to the Imagination of the Little Child, and The Mother and the Child.

Moves to Barcelona at the invitation of the city government; Barcelona remains her home until the coup in 1936 that brings General Franco to power.

Model Montessori school and a children’s chapel are set up in Barcelona, as well as a teacher training institute, with the backing of the Catalan government.

Training courses in London and Milan.

Publication of I bambini viventi nella Chiesa in Naples (English edition The Child in the Church, London 1929), Maria Montessori’s first book on the Catholic liturgy from the child’s point of view.

First Children’s House in Vienna set up by Lili Roubiczek.

Training courses in London and the Netherlands.

Montessori’s first visit to the Haus der Kinder in Vienna; start of her collaboration and friendship with Lili Roubiczek (Peller), Lisl Herbatschek (Braun), and others.

Meeting of Montessori with Benito Mussolini (who had come to power in 1922) results in official recognition and widespread establishment of Montessori schools by the Italian government.

Speaks on “Education and Peace” at the League of Nations in Geneva.

Presented at the English court.

Visits schools in Ireland for the first time.

The book Das Kind in der Familie, based on lectures she gave in 1923 in Vienna, is published in German. (It will be issued in English as The Child in the Family in 1936.)

A Montessori teacher training centre with a model Montessori school is built in Rome; collaboration between Maria Montessori and the architects.

In conjunction with her son, Mario, founds the Association Montessori Internationale (AMI), with headquarters in Berlin (until 1935; after that in Amsterdam).

Lectures in Vienna, during which she becomes acquainted with Anna Freud (founder of child psychoanalysis and daughter of Sigmund Freud).

The Nazis systematically destroy the Montessori movement in Germany, closing all Montessori schools.

After conflicts with the fascist system, all Montessori schools in Italy “cease to exist … in a single day” (Rita Kramer).

General Franco’s coup; Maria Montessori flees Barcelona for England and then Amsterdam. The Netherlands becomes her home; a training centre with model school is set up in Laren, near Amsterdam (materials on Cosmic Education are used for the first time), and AMI moves its headquarters there. At this time there are over 200 Montessori schools in the Netherlands.

Speech at the Sorbonne in Paris in which she makes one of her numerous appeals for peace.

God en het Kind (“God and the Child”) and The ‘Erdkinder’ and the Functions of the University: The Reform of Education During and After Adolescence published in the Netherlands.

Departs for India with Mario to run what was to be a three-month training course at the invitation of the Theosophical Society, which has been using the Montessori method to successfully combat illiteracy.

Italy enters World War II on the side of the Germans. In June, Mario Montessori interned by the British colonial government in India as an enemy alien, and Maria Montessori confined to the compound of the Theosophical Society. Mario is released in August out of the Viceroy’s respect for Maria Montessori and to honor her 70th birthday. Still, the Montessoris are not allowed to leave the country until the war is over.

Training courses in Madras, Kodaikanal, Karachi, and Ahmedabad in India, and in Ceylon.

Further develops the Cosmic Education Plan for the Elementary years with Mario’s collaboration.

The war over, Maria and Mario Montessori return to Europe.

Education for a New World published in India.

Trip to Italy: revival of the Montessori Society. Montessori establishments start to be reopened. Assistants to Infancy work initiated in Rome.

Return to India to give a training course in Adyar.

Training courses in Ahmedabad, Adyar, and Poona; lectures in Bombay.

Trip to Gwalior, India; supervises the opening of a model school up to age twelve.

Visit to the Montessori training centre with model school in Colombo (Ceylon).

De l’enfant á l’adolescent (From Childhood to Adolescence) published in French. This book sets out Maria Montessori’s concepts for elementary and adolescent education.

The Discovery of the Child, To Educate the Human Potential, What You Should Know about Your Child, and Child Training published in Madras, India.

The Absorbent Mind published in India.

Publication of her last major work: Formazione dell’uomo (in English, The Formation of Man, Adyar 1955).

Lecture tour of Norway and Sweden.

Speaks at the General Conference of UNESCO in Florence.

Maria Montessori dies May 6 in Noordwijk aan Zee, Netherlands; she is buried at the local Catholic cemetery. 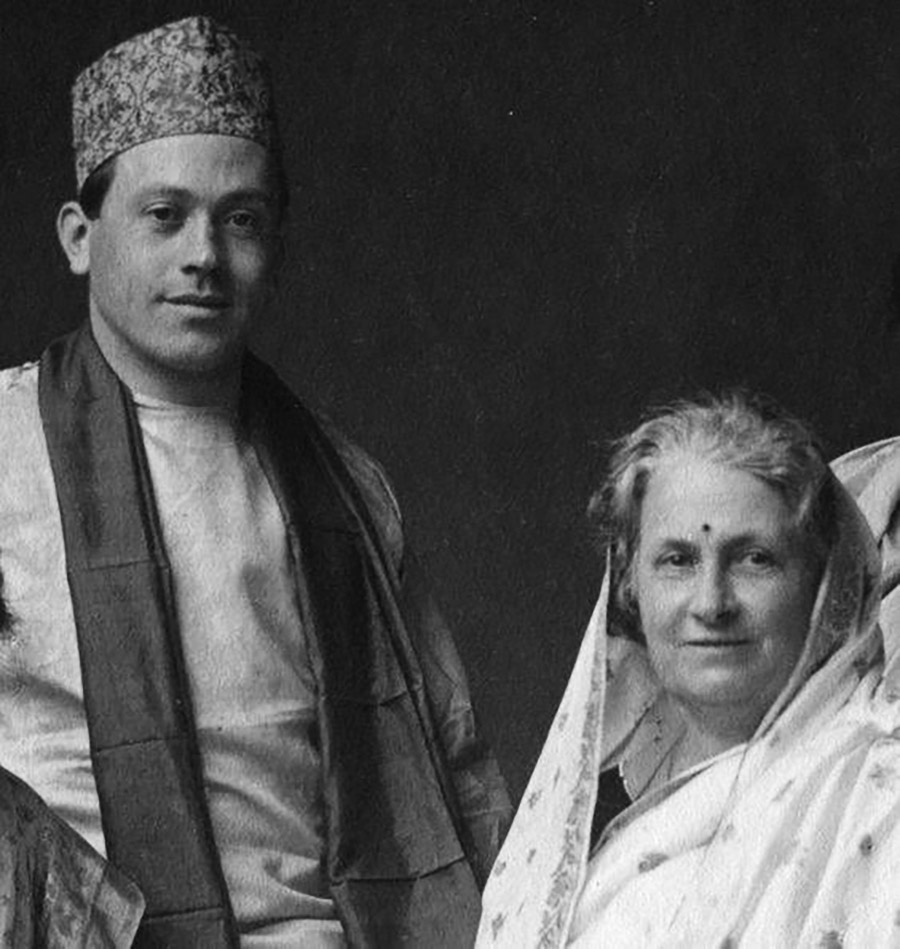