Later on the children themselves will tend to become careless in the exact performance of their movements. Their interest in developing the coordination of the muscles will begin to decline. The mind of the child will press on, he will no longer have the same love that he had before. His mind must move along a determined path which is independent both on his own will and that of his teacher. 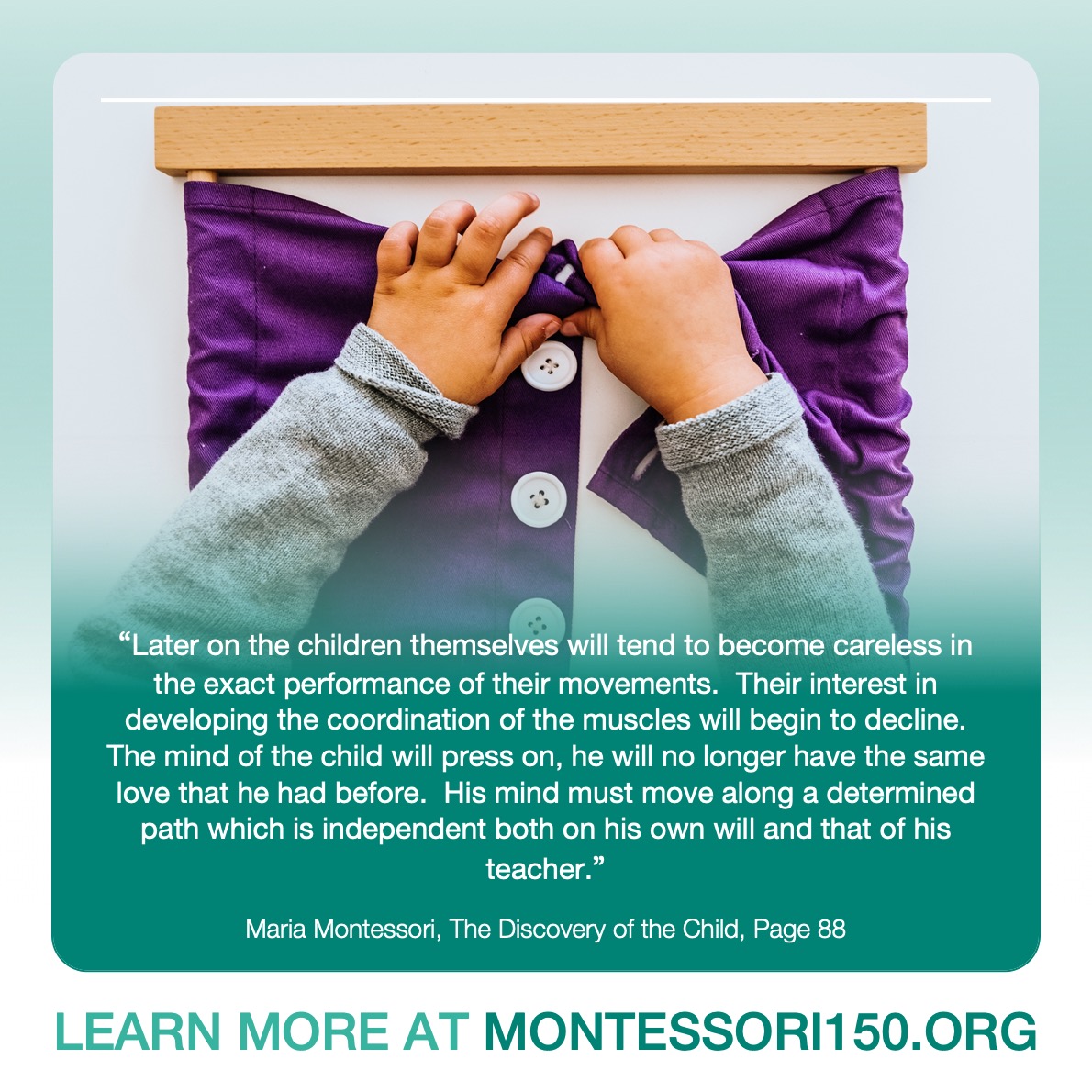