Writing is not identical with the alphabet. Writing consists of a series of attempts to transmit thought in a practical and permanent way. Its history goes back to thousands of years ago. At first, man tried to represent the objects of his thoughts by means of drawings; then he tried to symbolise ideas by signs, and only much later has he found a simple solution in the alphabet. 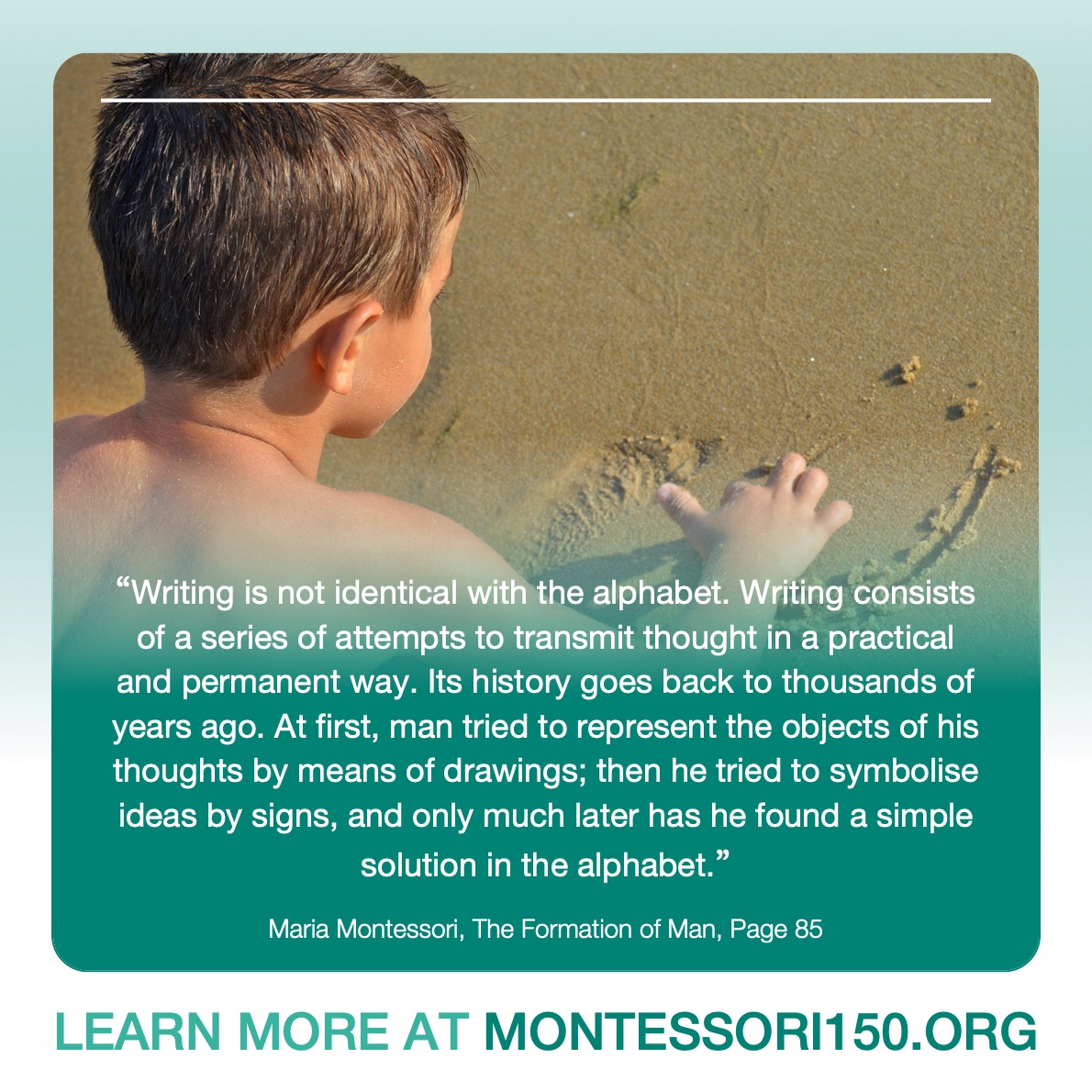