Maria Montessori organised the 1913 training course in Rome in response to many requests, from all over the world, but particularly the United States. It is the first course that was especially devised to provide international students to benefit from a bilingual curriculum. Whilst Montessori obviously delivered her lectures in Italian, simultaneous English translation was offered by two students. The lectures on this 1913 course chart Maria Montessori’s development as a thinker on human development. They show the depth of her background as a doctor of medicine, anthropologist, philosopher and pedagogue— giving an enthralling insight into how she was influenced by her time, where she adopted new and traditional ideas as an inspiration and where she went “against the grain”. 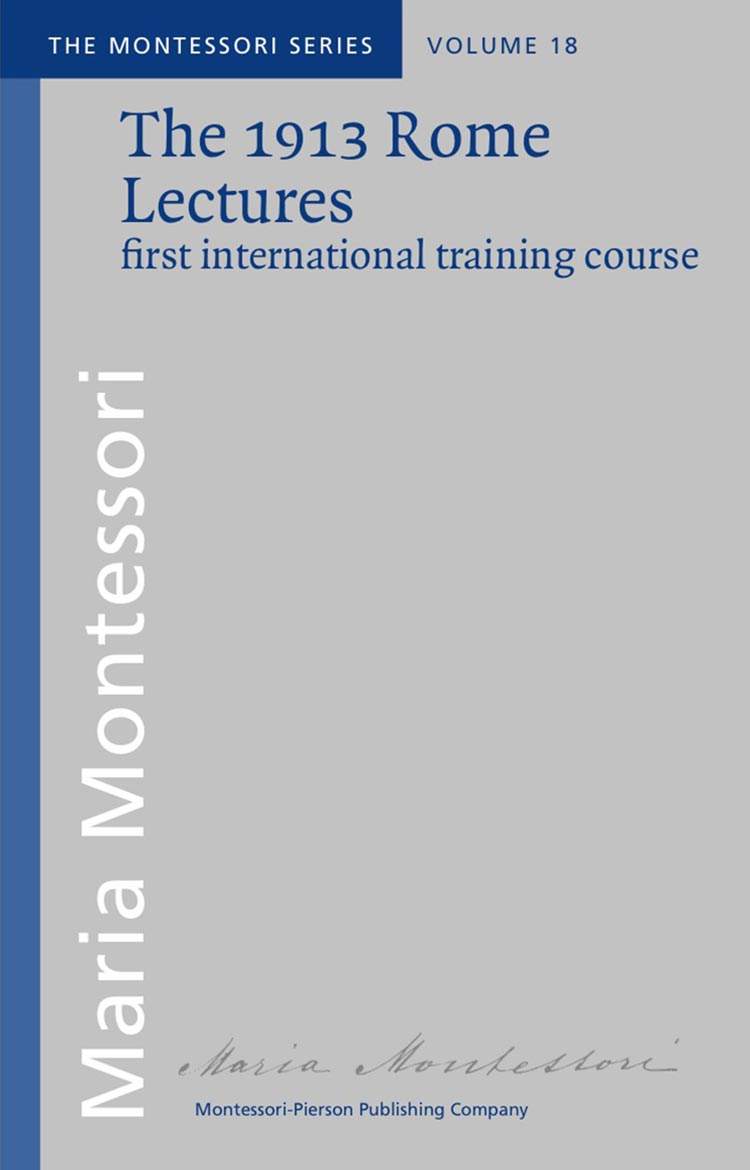 Selected Quotes from The 1913 Rome Lectures

“...that is, the teacher must learn, not to teach, but rather to observe. This fact not only constitutes a revolution in the form of the school, but is also, I believe, the beginning of a science of education, a positive science. All positive sciences spring from the observation of natural facts. ”
“Obviously, the child must grow and establish certain functions as yet not fixed: e.g. in the first years the function of language, the organisation and coordination of movements, the development of the senses. Through the development of the senses the child, who seems a pilgrim on his first visit to the world, must get into contact with the external world and metaphorically speaking takes nutriment from this contact. He must develop his ideas, his imagination and his reasoning powers. ”
Maria Montessori
The 1913 Rome Lectures, p. 152